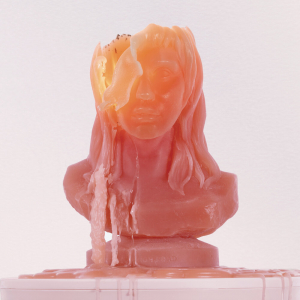 High Road is the fourth studio album by American singer Kesha, released through RCA Records and Kemosabe on January 31, 2020. The album was produced by Kesha, Jeff Bhasker, and Ryan Lewis. It was announced in a video trailer premiered by Rolling Stone on October 21, 2019. To promote the album, Kesha will embark on the High Road Tour in 2020. Kesha told Rolling Stone in October 2019 that the creation of the album was different to that of Rainbow (2017), saying that she "reconnected to the unrestrained joy and wildness that's always been a part of meâand in this process I have had the most fun I've ever had making a record." She explained that on Rainbow, she "had to address some very serious things, and now this time around I have reclaimed my love of life". The album "mark a full return to Kesha's pop roots", and was co-written by Kesha alongside her mother Pebe Sebert, Wrabel, Justin Tranter, Tayla Parx, Nate Ruess and Dan Reynolds. According to Slant Magazine, High Road "boasts a wide breadth of styles, from dance-rap bangers to dream-pop ballads." It was initially scheduled to be released in December 2019, before being moved to January 10, 2020, and then again to January 31, 2020. It was confirmed by RCA Records that additional songs would be added to the album. Kesha announced during her AMA on Reddit that she had completed a song five days prior to the release of the album. This was revealed to be called "Summer" when it started showing up in the album's track list in the territories it was releas