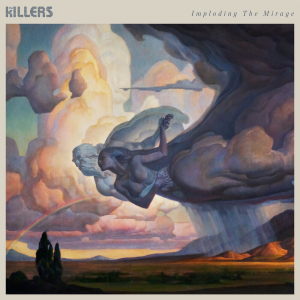 Imploding The Mirage is the sixth studio album by American rock band The Killers. It was released on August 21, 2020, by Island Records in the United States and internationally by EMI. It is the band's first album without lead guitarist Dave Keuning, who has not been touring or recording with the Killers since 2017. Guitar parts are covered by Killers bassist Mark Stoermer, producer Jonathan Rado, and a variety of guest musicians including Lindsey Buckingham (ex-Fleetwood Mac). The album was preceded by the lead single Caution, released on March 12, 2020, the second single Fire In Bone, released on April 24, 2020, the third single My Own Soul's Warning released on June 17, 2020,[6] and the fourth single Dying Breed, released on August 14, 20

Releases from The Killers