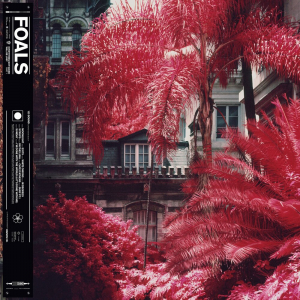 Everything Not Saved Will Be Lost Part 1

Everything Not Saved Will Be Lost â Part 1 is the fifth studio album by British band Foals, released on 8 March 2019 via Transgressive Records and Warner in the UK and North America respectively. The album is considered the first half of a two-piece project, being supplemented by their consecutive sixth studio album Everything Not Saved Will Be Lost â Part 2, to be released in the fourth quarter of autumn 2019. The band promoted the release with a lead single Exits. The album's title is taken from the epigraph of the T. Michael Martin novel, The End Games, which claims "Everything not saved will be lost" originated as a "Nintendo 'Quit Screen' message". Although Martin invented the quote and no Nintendo console has ever utilized it, the quote has become a pop culture meme, been featured on the front page of Reddit many times over, served as the name and inspiration for several international art exhibits, and been shared countless times across many social media platforms. The album artwork was created by Ecuadorian artist Vicente MuÃ±oz. The image was created using infrared film, which captures infrared signal rather than visible light to contrast vegetation with the built environment. This image is part of his ongoing series, Sublimis, which explores the inevitable struggle of man against nature in the urban environme