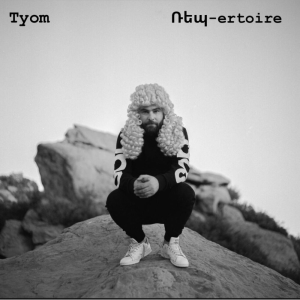 “Ռեպ-ertoire” is the third album of Artyom Manukyan, cellist, bassist and composer extraordinaire. Until now he was known in the world as jazz and avant-garde musician. And it was true for his previous two albums (“Citizen” and “Alone”). But this, the third one, has nearly nothing to do with his former works. In the “Ռեպ-ertoire” he fulfilled the dream and realized his long-standing idea – to produce an album in the rap\hip-hop style. In spite of the fact that he, having academic education (Yerevan state conservatory), all his life played jazz, jazz-rock, avangarde-folk, Tupac Shakur, Snoop Dog were always among his heroes. In 2020 he composed and produced 7 tracks, which he sings in his native Armenian. Some of the tracks were recorded featuring popular singers – Gugs, Felo-33.3, Misho, A Chilla, Mark Evich, Astghik Martirosyan. The official release of the album took place in Los Angeles July 2021.