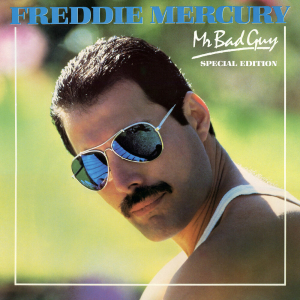 Mr. Bad Guy is the first solo album from Queen singer Freddie Mercury. Released in 1985, during a period in which Queen were on hiatus from recordings, the album contains eleven songs, all written by Mercury. The song "Living on My Own" was re-released in 1993 in a remixed form by No More Brothers, while "I Was Born to Love You" and "Made in Heaven" were later re-worked by the surviving three Queen members and included in the 1995 curtain-call Made in Heaven. The "Mr. Bad Guy" album itself was originally planned to be called "Made in Heaven"