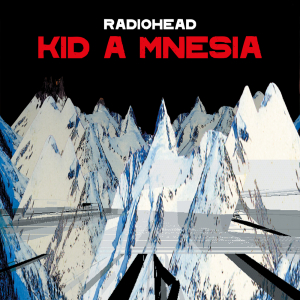 Kid A Mnesia is a reissue of the albums Kid A (2000) and Amnesiac (2001) by Radiohead, released on November 5, 2021. The edition also includes a third disc, Kid Amnesiae, comprising previously unreleased material from the recording sessions, and a cassette, Kid Amnesiette, of selected B-sides. The previously unreleased tracks "If You Say the Word" and "Follow Me Around" were released as singles, backed by music videos. Kid A Mnesia Exhibition, an interactive experience with music and artwork from the albums, is scheduled for release in November for PlayStation 5, macOS and Windo