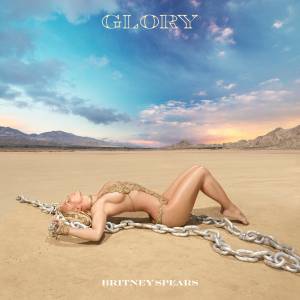 Glory is the ninth studio album by American singer Britney Spears, released on August 26, 2016, by RCA Records. "Make Me... (feat. G-Eazy)" was released as the lead single for the album on July 15, 2016. It was described as a "slinky" mid-tempo R&B song and features the vocal collaboration of American rapper G-Eazy. An accompanying music video for the single premiered on VEVO on August 5, 2016. The single debuted and peaked at number 17 on the Billboard Hot 100, becoming her sixth-highest debut on the chart and 34th "Hot 100" entry. "Private Show" was released as the first promotional single along with the pre-order on August 4, 2016. The song shares the title of her latest fragrance. "Clumsy" was released as the second promotional single on August 11, 2016. The third promotional single "Do You Wanna Come Over?" was released on August 18, 2016. A new version of "Slumber Party" featuring Tinashe was confirmed by Spears on October 25, 2016, and is planned to be released as the second single. A music video is being filmed, with singer Tinashe set to be featured. To promote the album, Spears made several television appearances and performances, including the 2016 MTV Video Music Awards. Glory received generally positive reviews from music critics. At [tagMetacritic[/tag], which assigns a normalized rating out of 100 to reviews from mainstream critics, the album received an average score of 71, which indicates "generally positive reviews", based on 14 revie