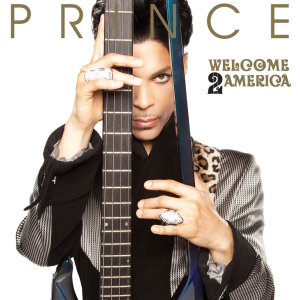 Welcome 2 America is a posthumous album by Prince, released through NPG Records on July 30, 2021. The album was recorded in the spring of 2010, while Prince and his backing band were preparing for the Welcome 2 tour. However, it would remain shelved for eleven years. On April 7, The Estate of Prince Rogers Nelson announced a vinyl reissue of the 1998 album The Truth for Record Store Day 2021 on June 12. The next day, they announced the forthcoming release of the previously unreleased album Welcome 2 America featuring Tal Wilkenfeld on bass, Chris Coleman on drums, Morris Hayes on keyboards, and vocals from New Power Generation singers Liv Warfield, Shelby J. and Elisa Fiorillo on July