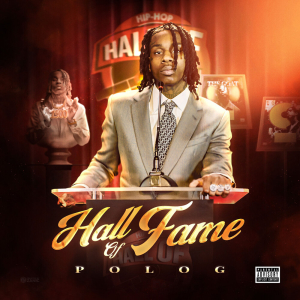 Hall of Fame is Chicago rapper Polo Gâs upcoming third studio album, expected to release June 11th 2021. The albumâs title was first teased in a lyric from Poloâs unreleased collaboration with Scorey, âPillow Talk,â where he references his two preceding studio albums, June 2019âs Die a Legend and May 2020âs THE GOAT: "Future Hall of Fame, then he the GOAT, yeah, he gon' die a legend" Just over month after announcing the album via Instagram live, Polo released what is assumed to be the projectâs lead single, âEpidemic,â in September 2020. The track was followed months later by âGNF (OKOKOK)â in February 2021 and the long-awaited âRAPSTARâ in April. In early March 2021, Polo reposted an Instagram story speculating the albumâs impending release after adding the initials âHOFâ to his bio, seemingly accrediting the speculation. The project is expected to drop in the coming months following the release of Poloâs collaboration with Lil Durk and The Kid LAR