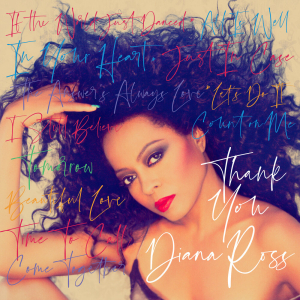 Thank You is the twenty-fifth studio album by American singer Diana Ross, scheduled to be released through Decca Records on November 5, 2021. It marks Ross' first studio album since 2006's I Love You, and her first album of original material since 1999's Every Day Is a New Day. The album was written during the COVID-19 pandemic lockdowns of 2020 and recorded in Ross' home studio. Ross co-wrote all 13 tracks and worked with songwriter and producer Jack Antonoff, as well as Jimmy Napes, Tayla Parx and Spike Stent. The title track was issued as the lead single on June 17, 20