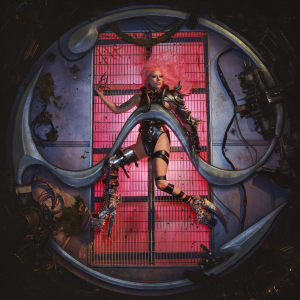 Chromatica is the sixth studio album by American singer Lady Gaga. It is set to be released May 29th, 2020, through Interscope Records. It is her first full studio album since the release of Joanne in 2016, and her first dance-pop record since ARTPOP in 2013. Gaga collaborated with several producers on the album, including BloodPop, Boys Noize and SOPHIE. With the direction of the album, Gaga stated in an interview with Zane Lowe that she wants 'people to dance and feel happy.' The title "Chromatica" has two definitions, one relating to colour and the other relating to music notes not belonging to the diatonic scale. The lead single, Stupid Love, was released February 28th, 2020. It was leaked in January, 2020, but despite this, Gaga still released Stupid Love as the lead single. It was accompanied by the music video on the same day which features Gaga and several other people dressed up in a variety of colours, fitting with the album title, Chromatica. On March 24th, Gaga announced that the album will be delayed due to global pandemic COVID-19. The second single, Rain On Me, a collaboration with American singer/song-writer Ariana Grande, is set to be released on May, 20