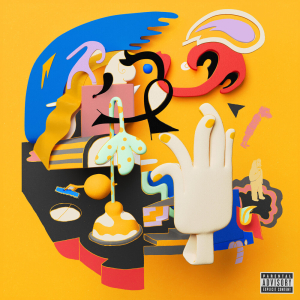 Faces is the eleventh and final mixtape by American rapper Mac Miller. It was independently released for free download on mothers day of that year, May 11, 2014. The mixtape is the follow-up to Miller's second studio album Watching Movies with the Sound Off (2013), and is considered by many to be his magnum opus for its dark and personal exploration of Miller's struggle with drug addiction. Miller produced most of Faces himself, and moved towards creating more psychedelic and jazzy instrumentals for his increasingly dark lyrical themes. Yet, its jazziness is not a departure from Miller's previous work, acknowledging the project he released under the alias Larry Lovestein titled You that was centered around jazz instrumentals. It continues to build upon and experiment with the psychedelic sounds of Watching Movies with the Sound Off. The mixtape features guest appearances from Rick Ross, Earl Sweatshirt, Schoolboy Q, Mike Jones, Sir Michael Rocks, Vince Staples, Ab-Soul, Dash, and Miller's pet dog King Ralph of Mali