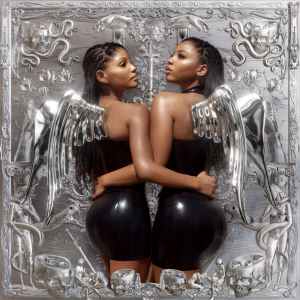 Ungodly Hour is the second studio album by American R&B duo Chloe x Halle, released through Parkwood Entertainment and Columbia Records on June 12, 2020. It serves as the follow up to The Kids Are Alright (2018). Originally scheduled for a June 5 release, the album was pushed back to June 12 as a way of showing respect and support to the Black Lives Matter movement. Ahead of the album's release, two tracks were released, "Catch Up" (with Swae Lee and Mike Will Made-It) and "Do It", the lead single off of the album, which has now become their most successful single to date. "Forgive Me" was announced as the second official single and released alongside a music video on June 12. The album was critically acclaimed, with critics praising their vocal delivery, artistic growth, maturity, and the album's cohesiveness. The album debuted at number 16 on the Billboard 200 chart with 24,000 units sold, marking the duo's highest-charting alb