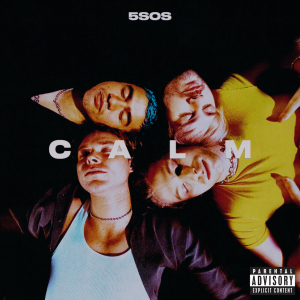 Calm (stylised as C A L M) is the fourth studio album by Australian pop rock band 5 Seconds of Summer, released on 27 March 2020. The album was announced on the band's social media on 5 February 2020.[3] A few days earlier, the band also confirmed that they will embark on the No Shame Tour to support the album, set to kick off in May 2020. The album's lead single, "Easier", was released via Interscope on 24 May 2019. The second single, "Teeth" was released on 21 August 2019 and was also included in the 13 Reasons Why: Season 3 (Music from the Original TV Series) soundtrack. "No Shame" was released as the third single on 5 February 2020, alongside the album announcement. "Old Me", originally released on 21 February 2020 as the first promotional single from the album, was released to radio on 6 March 2020 as the album's fourth single. "Wildflower" was released as the album's second promotional single on 25 March 20

Releases from 5 Seconds Of Summer